Here’s a unique and outstanding 70s pop album. The lead instrument is a pedal steel guitar, played with more imagination than anywhere other than the Misunderstood’s studio recordings, often with some nice fuzzy distortion. It rarely sounds “country.” The songs are strong pop/rock, with Beach Boys-style harmony vocals on the softer songs, and tougher (but still melodic) singing on the rockers. Other than the opening “song” (three minutes of a guy fiddling with a radio dial), everything here is memorable, and no two songs sound alike. My pick hits are the powerful “Loser,” with a stunning steel guitar solo, and the long album-closer “New York City,” but this is consistent enough that any given listener could feel equally strong about any two others. This is exactly the kind of band a daring major label executive would have struck gold with in the 60s, but nobody would dare to touch in the 70s. [AM] Excellent and still fairly unknown LP on the same local CT label as D R Hooker. The bulk of it is terrific 1960s westcoast-flavored folkrock with a dreamy psych vibe and good vocal harmonies. I'm reminded of other 60s-in-the-70s trips such as Creme Soda or the good tracks on Spur more than anything else, with lyrics that show the retro feel to be deliberate on the band's part, openly referring to old songs by the Byrds, the Beatles, etc. Not sure what they were aiming for with this, but it does produce an appealing sound. Another reference point is Merrel Fankhauser in his melodic '66-67 phase. Opening track of random radio chatter is unfortunate and may have turned some buyers off, and there is a so-so Creedence ripoff on side 2, but apart from that -- meaning 8 tracks out of 10 -- this is a delight. Recommended to any fan of melodic 60s sounds, and not terribly hard to find. [PL] 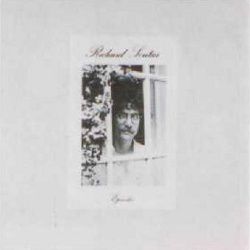